StoryMasters welcomed not one, not two, but three (!!!) members this month, which is all about connections. Or should we call it Six Degrees of Separation?

Six degrees of separation is the idea that all people on average are six, or fewer, social connections away from each other. As a result, a chain of “a friend of a friend” statements can be made to connect any two people in a maximum of six steps. It is also known as the six handshakes rule.
Reference: https://en.wikipedia.org/wiki/Six_degrees_of_separation

To StoryMasters’ delight, one of the most respected and beloved Toastmasters in District 1, Harold Gee, has rejoined the club. Harold has always enjoyed crafting engaging stories, but work and other responsibilities took up his time for several years. Now he’s able to return, and StoryMasters couldn’t be happier. Welcome back, Harold!

Julianne is in a writing group that Miyo Yamauchi sometimes attends. After Miyo read her captivating story, Gene(s) on the Manifest Station, she begged Julianne to share a story with StoryMasters. As soon as her Heartbreaker story was published on StoryMasters newsletter and website, Julianne enthusiastically became a StoryMaster. Julianne, please do write more! We’re craving more of your stories!

When Camille Miller invited her friend from Washington State, our VP Membership Catherine Magruder gasped. “OMG! That’s my friend, Lee Amatangelo! We were members of the Xerox Xeroids Club a long time ago. We lost contact when he moved up north. I am so excited to have him visit!” Guess what? He not only visited, he joined us after his first visit. Read his introduction below. Lee, welcome back to LA virtually! 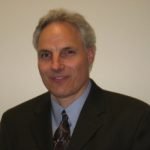 From the Latin, Lee’s last name “Amatangelo” means “the angel loves him”, which is not only cool, but also befitting as he was born in Los Angeles, the City of Angels. Might as well be in a place that has a lot of angels. His initials are also LA. Wait, this is starting to sound like a cosmic design!

Lee has been a semifinalist in the World Championship of Public Speaking twice and continues to have a keen passion for that competition as both a speaker and a coach. He has mentored five Toastmasters who have taken either 3rd, 2nd, or 1st in their semifinal round; one made it to the World Stage. Lee puts on many public speaking workshops and seminars that cover basic techniques (the science of speaking) and advanced techniques (the art of speaking). Storytelling, humor, comedy, acting, and figures of speech all fall into the category of the “art” of speaking because these techniques entertain the audience.

His favorite speaking engagement involves doing present-day style Chautauqua presentations (usually performed by Humanities scholars), which have three acts: (1) Start by presenting in the first person as an historical figure sharing your biography and how you came to be part of the historical event; (2) Take questions from the audience as that historical figure; and lastly, (3) Take questions from the audience as yourself. Lee has performed as J. Robert Oppenheimer discussing the Manhattan Project and the creation of the atomic bomb, and Thomas Jefferson discussing the birth of our nation during the Age of Enlightenment. Preparing for a Chautauqua involves studying the biography of the person, the history of the event, associated relevant material (such as quantum physics for the Oppenheimer role) and understanding why that person was poised in history to make a difference at that time and place. The hardest part of a Chautauqua is the second act. The key to success for the overall performance is being a great storyteller who brings the person and the event to life and having the audience feel as though they have just lived through a piece of history.

In his words: I am very excited to be a member of StoryMasters. In this club I am certain I will continue to enhance my storytelling skills by learning from this esteemed group through educational presentations and personal stories, and in return, I will do the same. This free sharing of knowledge is the definition of the Age of Enlightenment. Benjamin Franklin encapsulated the essence of that period best when he said, “I will gladly let you dip your unlit candle into my lit candle, thereby illuminating you, without darkening me.” When we share our stories with each other, we make each other brighter, but not at the expense of making ourselves dimmer. – Lee Amatangelo, DTM