How To Be Japanese — Miyo-Mazing

Oh, StoryMasters! Like all of you, I’ve relished Miyo Yamauchi’s stories, doled out to us once every few months on a Zoom screen—but who could have imagined the tremendous thrill of seeing and hearing Miyo give an hour-long show, live and in-person? 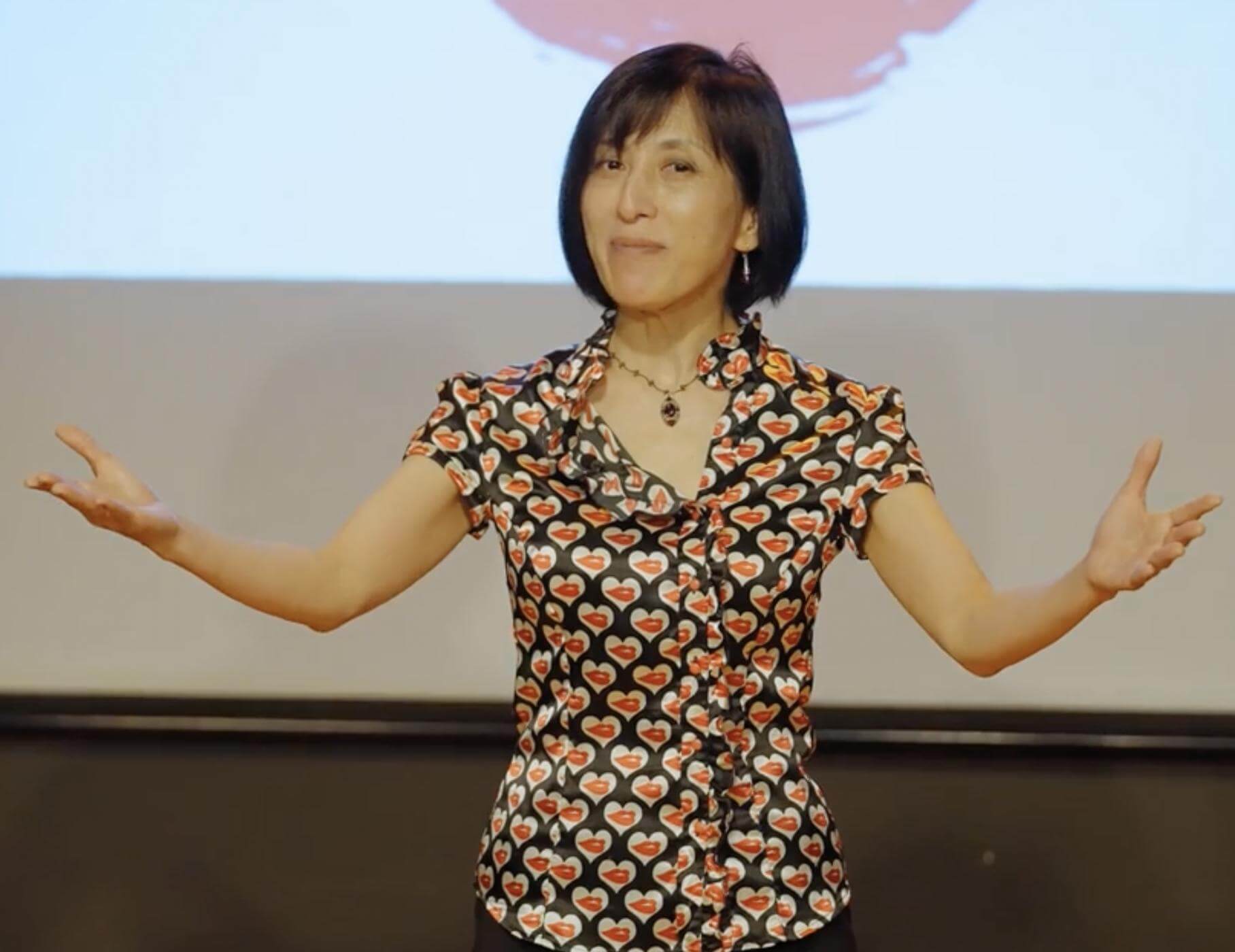 In “How To Be Japanese: Your Normal Is Not My Normal,” Miyo braided together six of her most enchanting tales, set in Japan and America, with occasional forays to South Korea and Tijuana. Offered under the auspices of the Hollywood Fringe Festival at a tiny theater in Hollywood, the show sold out within 48 hours, but not before Ashton, Aprille, Anna and I got tickets. (Those who missed the live show can attend the virtual live presentation at 3:00pm PDT on June 18; tickets at https://miyo.net/how-to-be-japanese/).

Let’s find out what our fellow StoryMasters had to say about the show.

What a delight! Being part of the live audience for Miyo Y’s Hollywood Fringe Festival solo show, “How To Be Japanese.”

Miyo skillfully weaves together several stories (a couple of which I had heard before in different iterations), using connectors to produce a smoothly flowing, hilarious and also sweet, one-woman performance. I especially treasured her voices for her different characters. If I have to pick one, I would choose of the story about her grandmother as my favorite.

Oh and let me not forget the talented co-star. What co-star, you ask? Wasn’t this a one-woman show? I’m talking about her single prop—a push-able, black cube which served alternately as a pin on a map, a boiling cauldron, and even an actual place for sitting! Miyo made full use of the width of her stage to transport us from place to place and from character to character.

After seeing this show I promise, you will never, ever be xenoglossophobic! I just learned that word; look it up if you have to!

My normal may still not be her normal, but Miyo shows us the precious things we have in common despite our differences. Brava!

Miyo Yamauchi is an artful storyteller. Her autobiographical tales take you to her mesmerizing world. She can be funny, charming, and poignant. The stories about her grandparents in her native Japan were especially moving — horrifying, humorous, perplexing, loving… Miyo’s intimate storytelling, along with the simple yet evocative staging, made an engaging and elegant performance.

Kudos for Miyo! She tells us “How to be Japanese,” but doesn’t warn you about the soaring saga she’ll share. Growing up in Japan, details of her grandparents’ stoicism, and love for their fiercely independent young granddaughter, are revealed.

Her approach is to thrill you with a background graphics, made to reflect how she views her life. She ambles, she leaps, she bounds with vitality, all the while encircling you in tales of her tryst with cultural differences.
Normal becomes Ambiguous.

Bring her to America where she’s trapped by language barriers. For example, the omniscient article “the.” Why say the internet, the noodle, the monster?

Miyo will have you laughing and questioning as she splashes in the pond of her reality. She steals the scenes, your mind and your heart.

Filled with awe after this virtuoso performance, I asked Miyo, “How long have you been preparing for this show?” Back in 2019, she told me, she decided to do a solo show in 2020. (Of course, we know what happened to everyone’s plans in 2020.) And then last November, NSN (National Storytelling Network) chose Miyo to do a Fringe show for them. The first six months were spent in behind-the-scenes preparations like recruiting team members, planning logistics, and preparing programs, bookmarks, sound effects and visuals. On top of all that, Miyo ambitiously decided to launch an online shop at the same time. (https://shop.miyo.net) It was just last May when Miyo started intensive rehearsals.

Barbara Clark tells her students that ten minutes is an ideal length for a story, because “anyone should be able to memorize a ten- minute story.” But imagine memorizing an hour’s worth of stories! I asked Miyo if she had any special techniques to share. “Be in the moment,” she told me. “Even if you forget a sentence here and there, it doesn’t matter because as long as you’re in the moment, everything flows.” 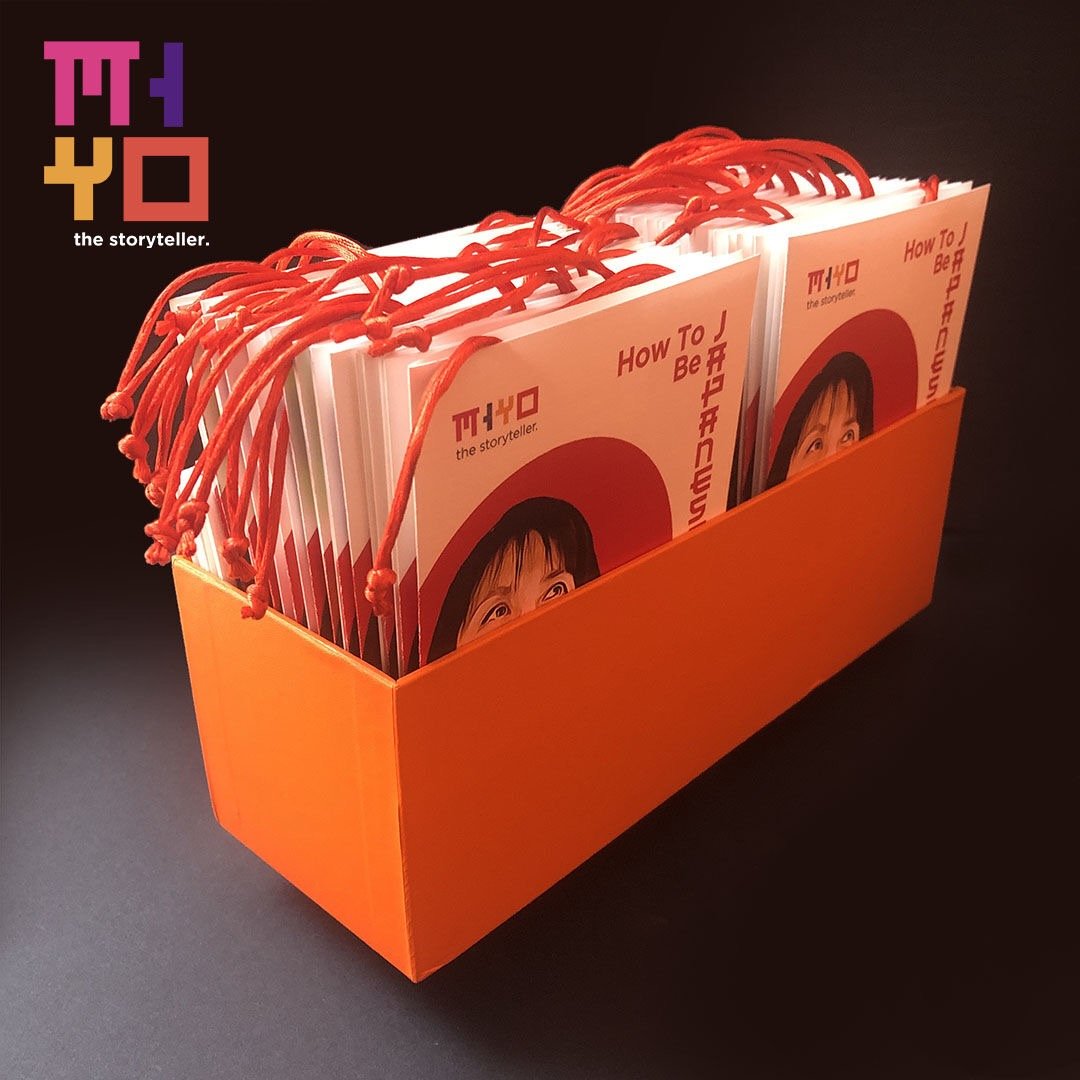 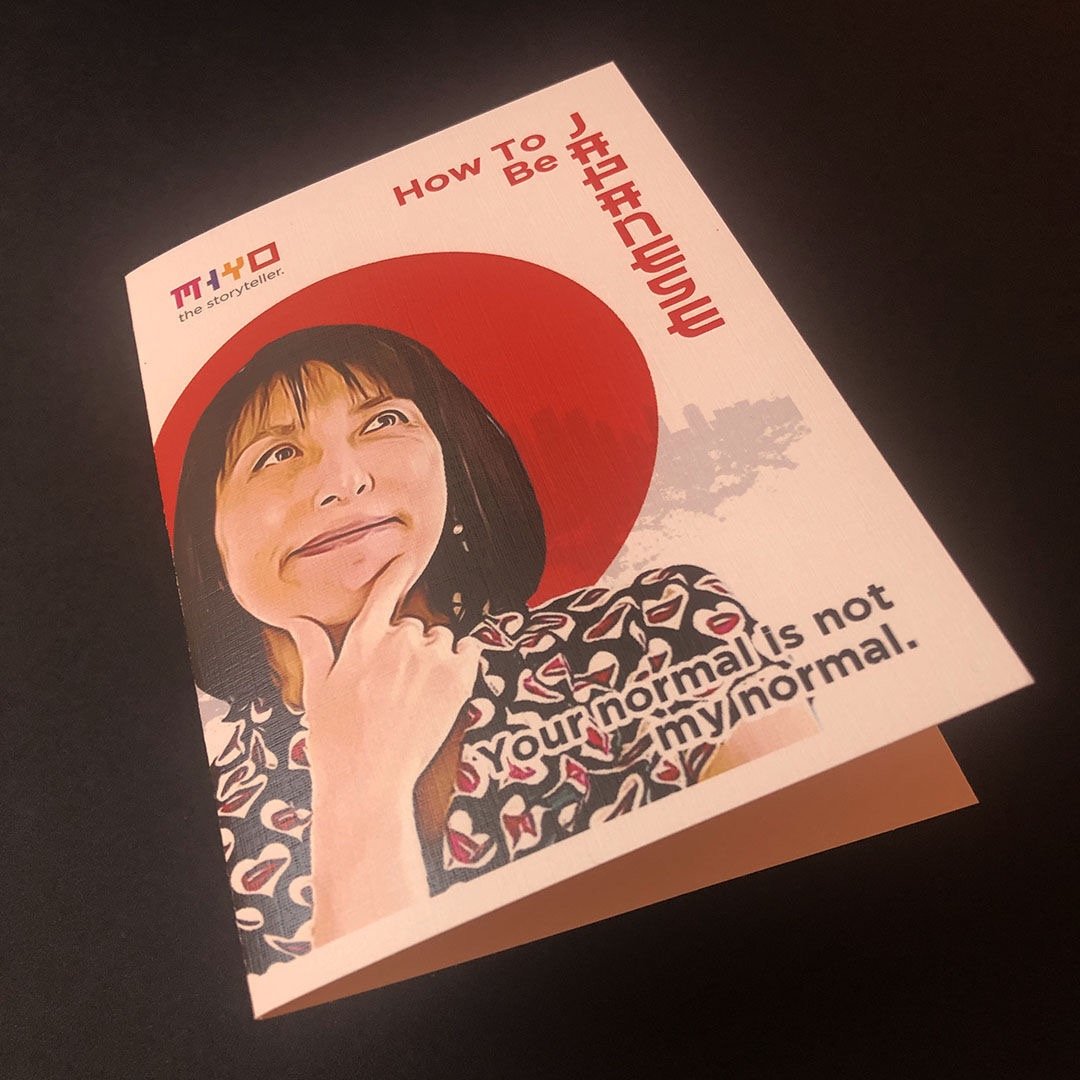 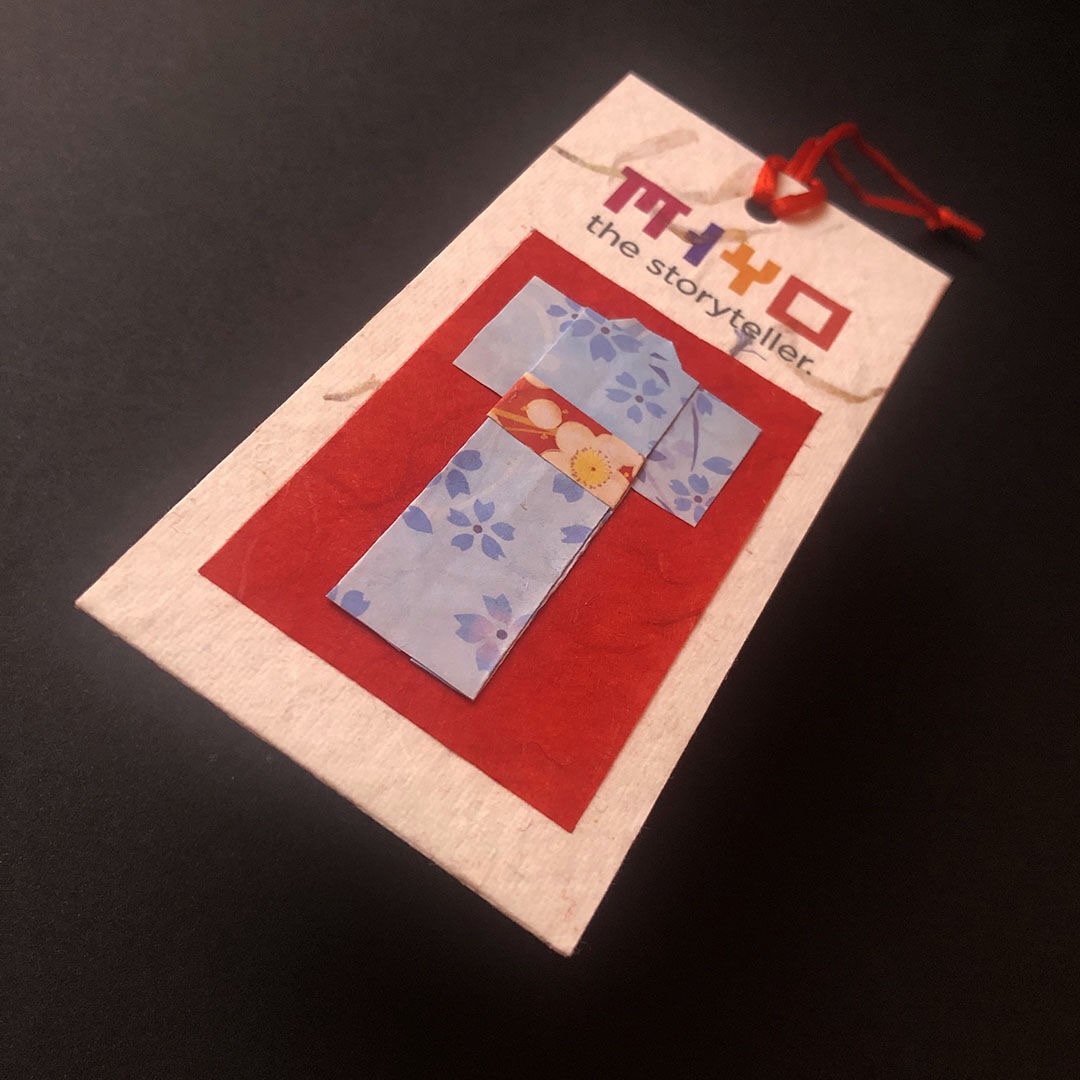 Want to know which stories Miyo told? Here’s a brief summary. Her “English rant” (working title “Q-U-E-U-E”), with the unforgettable clarion vocal “Mi-mi-mi-mi-mi-YO!” started the show. Next came “Grandma’s Tea,” loving portraits of her Hiroshima grandparents and their nasty-but- miraculous dokudami tea. “What Happened Yesterday” offered a comic look at Japanese (and Korean) drinking culture. The time-spanning “I Know It All” showcased Miyo’s witty reflections on holidays, udon noodles and wisdom. “Am I Safe?” dealt with immigration and legal status. She closed out the show with her hilarious “Hello Kitty.” Oh, who can ever forget wicked Teacher Yamamoto wielding her kendo sword, villainously persecuting poor, perfectionistic young Miyo?

Now we’re all wondering, what’s next for our shining star? “I’m happy with how my first solo show went,” says Miyo, “but it’s not over yet because I’m working on the June 18th online show right now, which is a whole different challenge. Also, a couple of theaters are interested in hosting my solo show. There are quite a few areas that I’d like to improve for future in-person shows. My creative thoughts are overloaded right now. Ask me next month!”