How Do You Get Your Story Ideas?

It’s been theorized that there are only seven basic plot lines that have been told over and over again across cen-turies. The author John Gardner pared those plots down to only two: Someone goes on a journey, or, a stranger comes to town. So how do you work within the constraint of limited plots to write stories that are fresh and unique?

“How do you get your ideas?” Many writers say that is the question they are most often asked. Neil Gaiman initially answered with flippant responses. “From the Idea-of-the-Month Club—$5 an idea!” Harlan Ellison’s answer was “Poughkeepsie” — a town in New York! Gore Vidal replied, “Anything can set things going — an encounter, a recollection. I think writers are great rememberers.” Ultimately, Stephen King had the correct answer. Where does he get ideas? “Everywhere!”

Everyone has personal experiences, but don’t write an autobiography. Begin with what you know, then mix in your creativity. Be inspired by events, adventures, encounters. Imagine different outcomes.What if you had chosen an alternate path? What choices do you wish you could change? Then what would the new obstacles be and how would the story end?


Peruse the newspaper. Read a magazine. Surf the web. The world is full odd, interesting, intriguing people engaged in amazing, wonderful, and horrible activities. Can you find a nugget to pique your interest and inspire a story? You can and should go beyond what you read. Use your imagination and ask questions. Why did this happen? What happens next? What if…? And beyond reading and questioning, be curious about new experiences and new people. Go outside your comfort zone and gain new perspective.


Keep your eyes and ears open for characters. Go to Starbucks and eavesdrop on the conversation at the next table. A meeting at work is an ideal opportunity to observe how people speak and act at different rungs of the corporate ladder. Pay attention to children and try to experience the world as they do. Develop your ear for character and dialog; both are central to good storytelling.


Dreams as a source for your stories? This one is controversial. R.L. Stine claims no one ever has ever gotten a story idea from their dreams, but Stephen King swears his dream during a plane trip inspired the plot for “Misery.” If your subconscious mind is a gold mine, keep a notebook next to your bed and jot down the story immediately upon waking.


Steve Jobs famously said that creativity is simply joining disparate elements together to make something new. He made technology artistic when he introduced calligraphy and fonts to his Mac. The Wright brothers had a bicycle company before transforming a bike into an airplane. Johannes Gutenberg used his expertise as a goldsmith to develop movable type and, inspired by wine presses, invented the printing press. Stitching together parts in new and novel ways can bring forth a creation as unforgettable as Frankenstein


How can you open up your mind to use your imagination? Research shows that there are specific ways to become more creative and imaginative. Watching stand-up comedy increases creativity 20%, while alcoholic beverages boost creative skills by 30%. Simply relaxing and letting your brain not pay attention opens you up to revelations and insights. Try taking a shower, going for a walk, or driving. Daydream while you go for a walk or swim. Clear your mind and be aware of ideas popping up.

There is no one way to get ideas, to write, or to tell stories. Experiment and find what works best for you. But always keep writing and telling your stories. 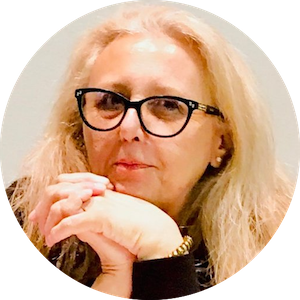