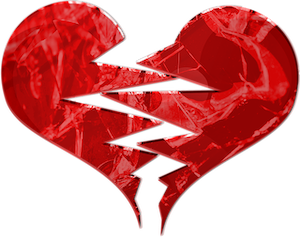 I joined Toastmasters to improve on my public speaking skills and to meet people. I was lonely, having recently moved to a new neighborhood. The Toastmasters meetings gave me somewhere to go. I made friends with one of the members, Jennifer, who was super-kind.

Jennifer had fair skin, wavy brown hair, and bright blue eyes. I felt comfortable around her, and found it easy to tell her about feeling lonely in this new part of town. Maybe she was truly fond of me too because she was soon introducing me to the other members.

I felt included, and she had this sweet habit of touching my arm while she laughed, which I was not really used to because I came from a family of unaffectionate people. My dad patted the top of my head to express his affection, and when he finally learned to say “I love you”, it always sounded awkward, like a joke that he wished he could take back.

After a few weeks at Toastmasters, I noticed that Jennifer always sat next to me. She remembered the things I told her and was smart, pretty, and vivacious. Men and women flocked to her, but she usually sat next to me.

“How did your presentation go?”, she asked smiling. “Did they relate to your story about that homeless girl?” She even remembered the details of what I told her from the week before. But it made sense that she was intrigued by me because I could be kind of fascinating. She touched my arm, and we exchanged phone numbers.

I wasn’t surprised. I was wearing my mauve, cowl-necked sheath dress, which made me look both sophisticated and sexy. And I remembered that my college friend, Varnell, used to tell me that I was all sorts of cute. And he was pre-med, so those were practically the words of a health professional.

I was so flattered by Jennifer’s attention that I imagined being in a relationship with her. She lived close by so commuting wouldn’t be an issue. We could make this work. But I soon snapped out of this fantasy when I realized that it would not work, since I’ve always liked men.

This Jennifer situation was the most excitement that I have had in a while. But I realized that if I let the situation remain status quo, she would be completely in love with me by the end of the month. I imagined Varnell from college was still pining away for me. That poor guy never got closure. I couldn’t let this happen to dear, sweet Jennifer. So I thought about how to tell her that I was not interested in women. But we were having such great conversations, I kept putting it off.

The following week, I offered Jennifer the seat between me and the guest with whom I was chatting. Soon she started chatting up the guest, while laughing and touching his arm. He looked mesmerized.

As I watched her talk, I noticed that she was glowing, giddy with happiness. I wondered if that glow was for him, or for me? I contemplated confronting her when she announced that her boyfriend had recently proposed, and she was over the moon.

I felt my cheeks grow warm and was so relieved I did not say anything to her earlier. I turned away and saw that the guest was watching us. He looked amused, but maybe that was just my imagination. He couldn’t have known what I was thinking.

But then, perhaps it was me that he was staring at? I was wearing my emerald green dress with a pretty bow at the neckline. My friend Charity always told me I have a knack for picking out pretty dresses, and she was an artist so I trusted her sense of fashion. Perhaps the guest had found me fascinating? Maybe I should just trust my instincts?

Julianne Ho lives in Los Angeles and is a first-generation Taiwanese-American. She works as a financial manager for UCLA and enjoys arts & crafts and watching Hulu.

Wait a sec, was I being ‘catfished’?