Fight Against a Growing Nuisance 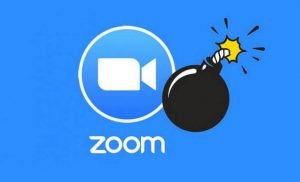 When Zoom meetings became our new normal, a new word joined our vocabulary—Zoom-bombing. It means an unwanted, disruptive intrusion, generally by Internet trolls, into a video-conference call. Many classes and events were Zoom-bombed in 2020. Then, we didn’t hear about it for a while. Whether people got smart or Zoom-bombers got bored, either way, it seemed like Zoom-bombing was on its way out. But lately, they’ve started appearing again.

The most recent one that I witnessed was disturbing. The Zoom-bomber kept changing his identity and his status so that he wouldn’t get caught easily. As an observer, I was able to identify and predict the Zoom-bomber’s next actions, but it took a really long time for the poor Zoom hosts to resolve the issue.

I hope nobody encounters such a disturbance, but as a precaution, let’s review what to do when it happens:

As a Zoom host:

Tip for hosts: after the issue is resolved, don’t rush back to the event agenda. Take a moment with the audience to ease their anxiety. Encourage them to take a couple of deep breaths and shake their arms and legs together.