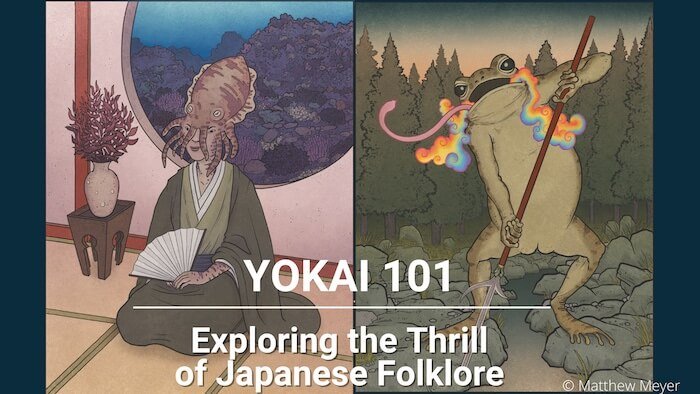 Save a spot


Michael Dylan Foster | Professor of Japanese & Chair of the Department of East Asian Languages and Cultures, University of California, Davis
Michael Dylan Foster is Professor of Japanese and Chair of the Department of East Asian Languages and Cultures at the University of California, Davis, where he teaches courses on Japanese folklore, heritage, tourism, and popular culture. He is the author of The Book of Yōkai: Mysterious Creatures of Japanese Folklore (2015), Pandemonium and Parade: Japanese Monsters and the Culture of Yōkai (2009), and numerous articles on Japanese folklore, literature, and media. He is also the co-editor of The Folkloresque: Reframing Folklore in a Popular Culture World (2016) and UNESCO on the Ground: Local Perspectives on Intangible Cultural Heritage (2015). His current project explores discourses of tourism and heritage as they relate to local festivals in Japan, and he recently co-edited Matsuri and Religion: Complexity, Continuity, and Creativity in Japanese Festivals (2021).

Matthew Meyer | Illustrator & Folklorist
Matthew Meyer is an illustrator and folklorist based in Japan. He received a BFA in illustration from Ringling College of Art and Design in 2005. His work is focused on Japanese folklore, particularly yokai studies. He is the author of The Night Parade of One Hundred Demons (2012), The Hour of Meeting Evil Spirits (2015), The Book of the Hakutaku (2018), and The Fox’s Wedding (2021). He is also the creator of yokai.com, an online illustrated database of Japanese ghosts and monsters.


Free
l
RSVP: https://www.usajapan.org/event/yokai-101-exploring-the-thrill-of-japanese-folklore/
It’s August, and that means it’s Obon season and the perfect time to learn about Japanese folklore! Join us for a special program dedicated to yōkai, supernatural entities and spirits that appear in many Japanese tales. Yōkai play an important role in modern Japan, as they not only appear in folklore narratives told to children, but also feature in video games, manga, and anime. Yōkai have become increasingly popular in the U.S. with the spread of Japanese pop culture, like the video game series Yokai Watch.

Professor Michael Dylan Foster from UC Davis will be sharing his knowledge on the world of yōkai along with Matthew Meyer, a popular yōkai artist. This is a great opportunity to learn more about Japanese folklore, its traditional roots, and how both still play a role in Japan today!