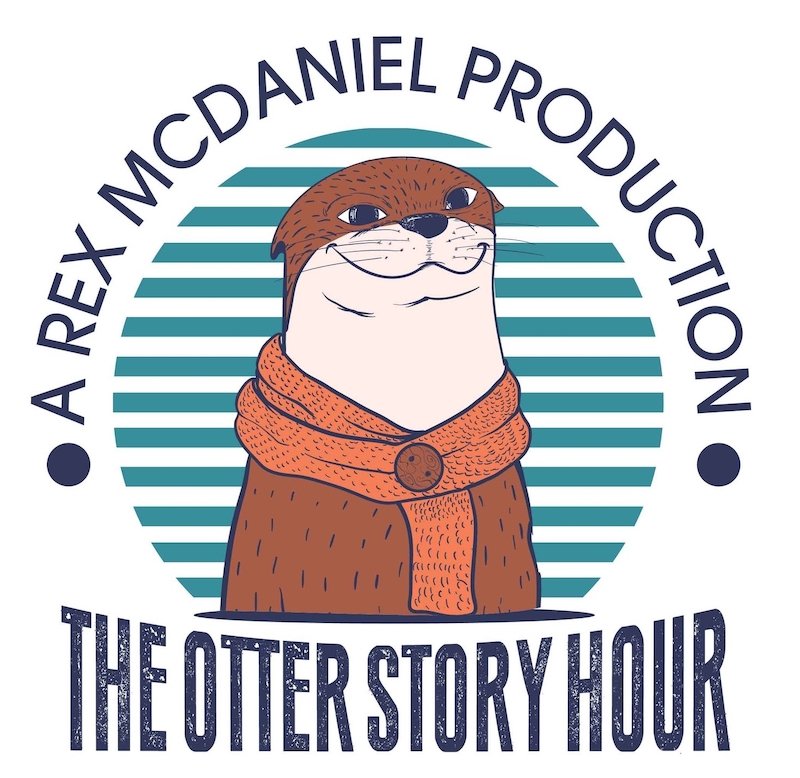 Dear Heart of the Otter Audience,

On Monday, May 3 we will celebrate the beginning of the fifth year of monthly Otter Story Hours. We began on the first Monday of May 2017. The storytellers that first night were: Dave Cameron, Brian McDaniel, Robin Reiser, and myself.

Each of the other three played a crucial role in the germination and sprouting of Otter.

Robin Reiser
I met Robin at a Toastmasters club where her courage, humor and experience in showmanship clearly shone. When the idea for Otter occurred to me I pitched the idea to Robin and told her that I would do the work to produce if she would be a “go to” story teller. She said “sure I can always use a show.”

Dave Cameron
I met Dave at a support group for social entrepreneurs led by Nick Warnes. Nick is a “Nike” kind of guy… “Just Do It!!!” When hesitation began to show he banished it.

A few months after we started Otter, I saw ads for “Historia” Robin gotten the bug from Otter and started her own show in Highland Park. Going first to my scarcity driven self I whined to Brian, “Can you believe it, she went out and started her own show!!!!!” Brian said, “Calm down, this is great!!! Go to her show. Ask her if you can get in a lineup.” Brian’s counsel was pivotal. Otter would not have thrived without the storytellers I engaged at “Historia” and especially without the insight that story shows need and feed one another. I am grateful for fellow producers: Cat Crow, Alex Stein, Scott Schultz, Larry Dean Harris, Oscar Sagustame, and Suzanne Weerts. Of particular importance to Otter has been “Over the Fence” produced by Ty Fance.

Since May 2017 we have heard 110 different tellers share just over 250 stories. I know you join me in the deepest appreciation of their gifts to us.

Justin Wells was a tremendous booster rocket. His expertise in recording got us into the podcast world and then most critically over the hump into the online world when Covid struck. His knowledge and thoughtfulness about storytelling provide me with a trustworthy partner with whom to decompress after each show.

Ron Schooler stepped up as house photographer. Thanks to him we have a picture of most of those 110 tellers. He captured the spirit of some of our tellers so well that they use his photos to promote their appearances at other shows.

Sally Kilby gave Otter it’s first “ink” writing a lovely article in the South Pasadena Review. And Ed Donnelly had me as a guest on the “South Podsedena” show.

In the midst of the pandemic, John Nelson, a friend for more than fifty years discovered Otter and surprised me with an offer to bring some music to the show. He has helped the show breathe in the thinner air of online performance.

Which brings us to Joe Griffin and Griffin’s of Kinsale in South Pasadena. I asked to meet the owner the first time I visited Griffin’s just after it opened. I immediately appreciated Joe and his understanding of what sociologists call “the third place”, a place beyond home and work where you belong. I had occasion to use the basement for several gatherings that needed a place apart and when the idea for Otter bubbled up I pitched the idea of staging the show there. Joe said, “Yes…let’s go for Monday nights.” The setting became part of the experience. Joe, his family, and staff extended warm hospitality. For three years until the pandemic…there we were. I am not sure when and how we will get back there but I will rejoice that night.

And then there is you. All of you dear hearts of the Otter audience who have attended, affirmed, and encouraged me in the work. Listeners draw the stories out. Without you, those moments of recognition and delight that have meant so much to us don’t happen. Thank you.

When I sat down to write this note I had no idea it would go on so long. Now that it has I am glad. It is easy to think there will always be another, better opportunity down the road to express your appreciation. Often that is correct. Sometimes it isn’t. Never hurts to get it done.