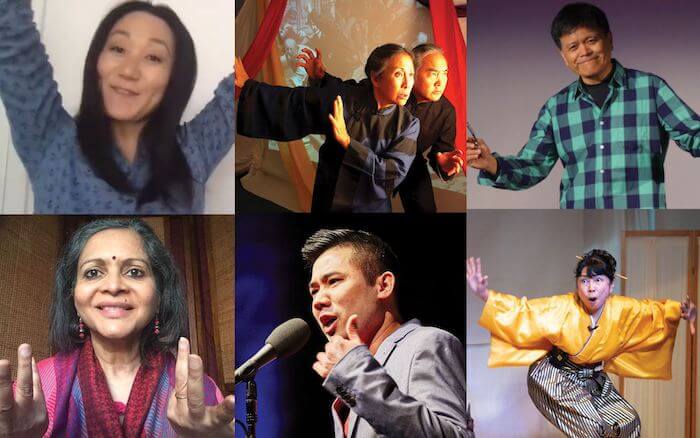 Karin Amano
Originally from Japan, Amano was trained in Tokyo in Japanese theatre. She moved to New York City to study acting and educational theatre at New York University, and she performed in off-off-Broadway productions. Amano has been telling Japanese folktales at festivals, schools, libraries, and Walt Disney World since the 1990s. www.JapaneseStoryteller.com

Grab a cocktail or an appetizer and join us for stories of the Asian American experience from Asian American Storytellers in Unity. As author, Chimananda Ngozi Adichie states in her TED talk, “The Danger of a Single Story,”  ”We risk critical misunderstanding of each other when we reduce complex human beings and situations to a single narrative.” In this program celebrating Asian Pacific American Heritage Month, listen to personal narratives from storytellers across the diaspora: Karin Amano, Eth-noh-tec, Emil Guillermo,  Archie Jamjun, M.J. Kang, and Roopa Moohan. Recommended for ages 16 and up, but the whole family is welcome.