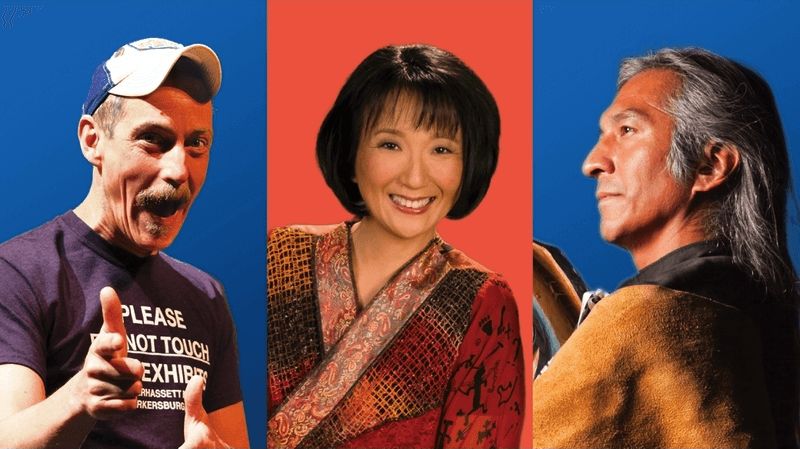 Hear stories from West Virginia’s top ‘liar’ Bil Lepp, Japan-born Motoko, and Native American Gene Tagaban, in this entertaining concert with three of storytelling’s best artists. This mixture of good and good for you tales is sure to delight both young listeners and those who love them.

Motoko’s appearances include PBS’ Mr. Rogers’ Neighborhood and a tour with the CarnegieKids in Miyazaki project sponsored by Carnegie Hall. “The entire evening was outstanding! Motoko translates intrinsically Japanese cultural ideas and idioms for an English speaking audience, and crafts the words to make them understand, laugh and be transported in time and space.” – Asian Arts & Culture Program, University of Massachusetts, Amherst

A teller of stories that teach, entertain, and heal, Tagaban travels internationally, sharing his music, dance, and traditional stories. “Next time you hear that he’s performing … drop everything and go. Simple as that.” – Flip Breskin, arts reviewer