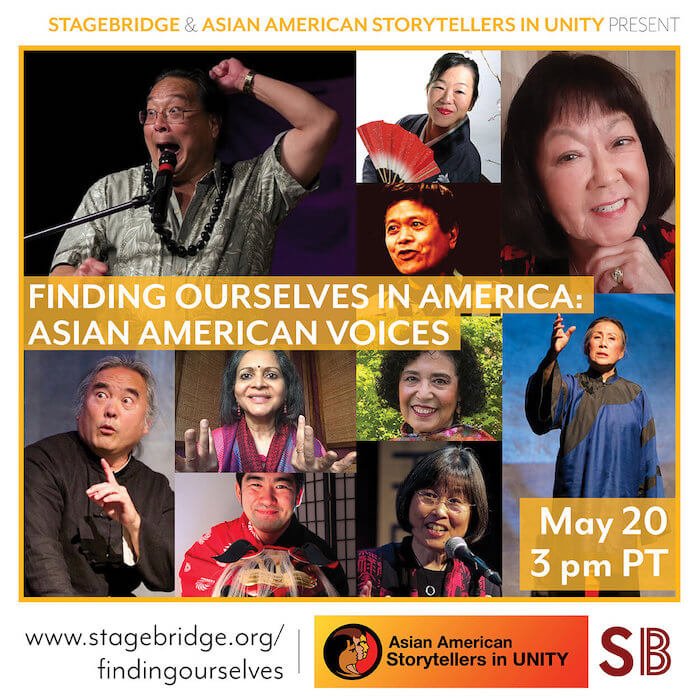 
Karin Amano
Originally from Japan, Amano was trained in Tokyo in Japanese theatre. She moved to New York City to study acting and educational theatre at New York University, and she performed in off-off-Broadway productions. Amano has been telling Japanese folktales at festivals, schools, libraries, and Walt Disney World since the 1990s. www.JapaneseStoryteller.com

As a direct response to the recent anti-Asian attacks across the United States, this one-of-a-kind digital event brings together 16 nationally-recognized storytellers for a stimulating and informative gathering. Through personal narratives, historical stories, folktales, art and music, these storytellers will elevate immigration experiences, discrimination, struggles with self-identity, and cross-cultural understanding.

This event will be held on Zoom (digital conferencing). For those unable to access Zoom, the event will be live-streamed on the Stagebridge YouTube channel simultaneously.